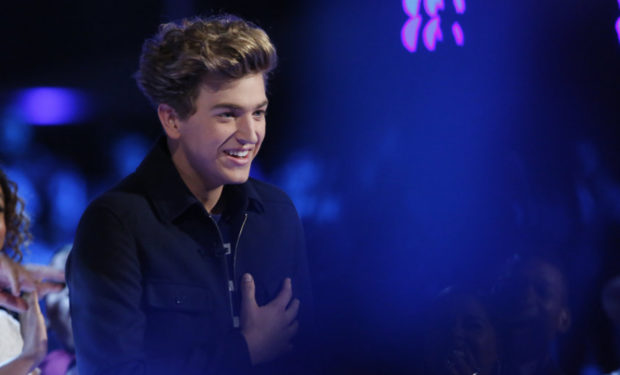 On the Live Finale of The Voice, the Top 8 artists return to perform one more time before the winner of Season 13 is announced. That includes teen heartthrob Noah Mac who almost made it to the final four. The former member of Team Jennifer gets to sing the song “World Gone Mad” with one of his favorite bands Bastille. The song is about hopelessness, and will be censored for The Voice performance. In the beginning of the song, Bastille lead singer Dan Smith sings in a falsetto, “You don’t wanna f–k with us.”

[“World Gone Mad” is on the Bright soundtrack]

[Noah Mac released the EP Light before The Voice]

With the exception of the f-word, ‘World Gone Mad’ should be a great fit for Noah’s voice. NME describes the song as “a sparse piece that slowly builds from acoustic guitar to incorporate strings and soft, shuffling beats, all carried by Dan’s gliding vocals.” ‘World Gone Mad’ is featured on the soundtrack of the upcoming film Bright, starring Will Smith as a LAPD cop. See glimpse of the trailer in the music video below. Winner of The Voice will be announced during the show on Tuesday, December 19 at 9pm on NBC.