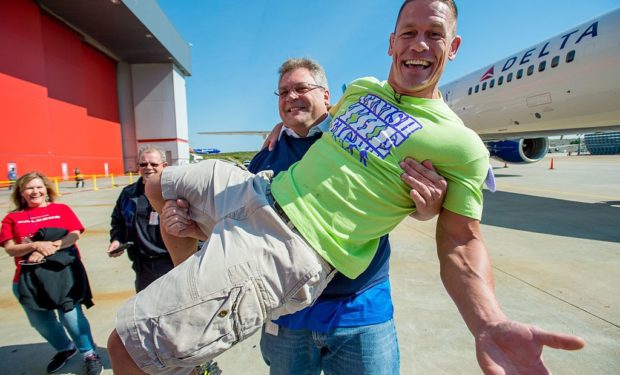 John Cena may be best known as a wrestler, but Cena has really “expanded his brand” — to use a popular way of describing personal versatility. Take his Twitter profile, where Cena promises a place to discuss “everything from catacombs to Waldorf salad.” And of course, besides his desire to indulge his curiosity (and ours!), Cena is a movie star now. With the release of Ferdinand the Bull, there’s a real bull market in all things John Cena.

Even Cena is so excited about his life that he can’t sleep, as he confesses. Who can blame him? On Wednesday he begins his day reading Ferdinand the Bull (see link above) to kids at the Library of Congress in Washington DC. Then he zips up to NYC to guest with Jimmy Fallon on The Tonight Show.