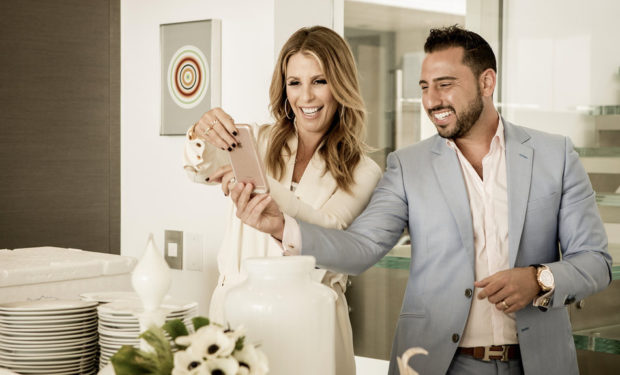 On the Season 10 premiere of Million Dollar Listing: LA, the all-male cast of real estate brokers welcome the show’s first female agent, Tracy Tutor Maltas. She sells million-dollar homes with Josh Altman at Douglas Elliman out of the Beverly Hills office. Maltas knows the lay of the land. Before making her own way in the real estate business, she learned a lot from her billionaire father Ronald Tutor, CEO of Tutor/Perini, one of the largest civil and building contractors in the country.

As an investor, Ronald Tutor is known for investing somewhere between $35 million to $50 million in the $650 million purchase of Miramax Films from The Walt Disney Company in 2010. Three years later he sold his stake to the Qatar Investment Authority, which is estimated to hold in excess of $170 billion of assets (Volkswagen, Barclays). Tutor, 76, also sit on the Board of Trustees of his alma mater, USC. Two buildings on campus are named in his honor — The Ronald Tutor Campus Center and the USC Viterbi School of Engineering’s Tutor Hall. Million Dollar Listing: LA airs Thursdays at 9pm on Bravo.