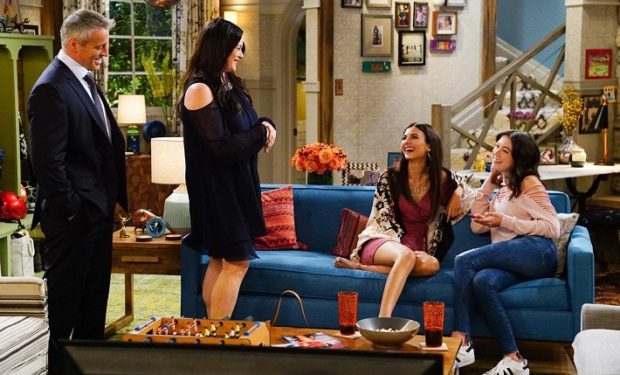 In the Man with a Plan episode “The Silver Fox,” Andi (Liza Snyder) hires a pretty young babysitter named Sophia to watch the kids. Not only does Sophia have the hots for Adam (Matt LeBlanc) aka the Silver Fox, but daughter Kate (Grace Kaufman) turns to Sophia for advice instead of to her mother Andi.

Sophia the babysitter is portrayed by Victoria Justice. The 24-year-old singer and actress is known for her roles on MTV’s Eye Candy (Lindy Sampson), Nickelodeon’s Victorious (Tori Vega), and Disney’s Zoey 101 (Lola Martinez), among others. Justice is currently filming the coming-of-age movie Summer Night with Justin Chatwin and Analeigh Tipton (see photo below). Man with a Plan airs Mondays at 8:30pm on CBS, right after Kevin Can Wait and right before Superior Donuts.

One of my favorite stills from the set of @summernightmovie ????. Fun fact, this is actually our director Joe Cross’s baby, Amelia. Can’t wait for you guys to meet my character Harmony & the rest of this awesome cast. I had so much fun working on this ♥