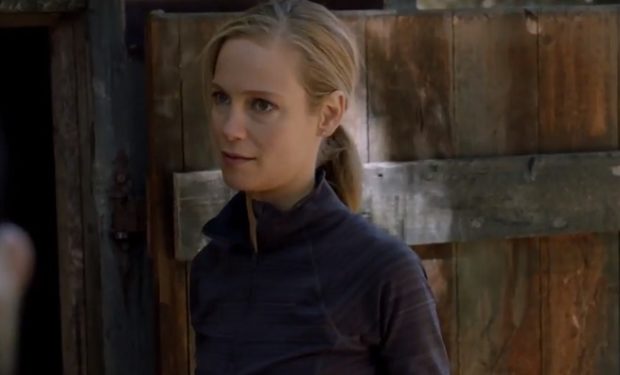 In the NCIS episode “Voices,” the team investigates when a NCIS person of interest is found murdered. The discovery of his body is beyond strange. A runner named Amber Davis says she heard the dead man (who was hidden in a wooden shack) talk. Based on the body’s appearance, that seems more than impossible. Ducky (David McCallum) insinuates that hearing such hallucinations may be a sign of some kind of mental illness. But doesn’t Gibbs (Mark Harmon) hear the voice of his late NCIS boss Mike Franks (guest star Muse Watson)?

[Check out Regan as Harry’s wife on Mad Men]

Amber Davis is portrayed by Laura Regan. The Canadian-born actress is known for her roles on Minority Report (Agatha), Murder in the First (Mary Rentman), Mad Men (Jennifer Crane, wife of media buyer Harry Crane/Rich Sommer), and Judging Amy (Ellen Brady), among others. Davis is also recognized for her roles in the films They and Dead Silence. NCIS airs Tuesdays at 8pm on CBS, right before Bull.

Everything isn’t as it seems in the next #NCIS. Make sure you’re caught up on the latest episode before Tuesday: https://t.co/MgG7YxKJyu pic.twitter.com/WgI8okKAWi