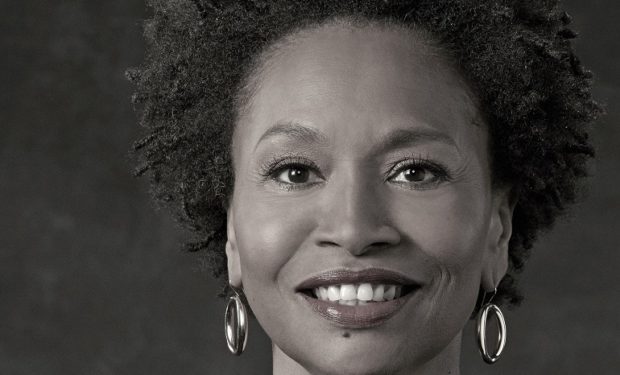 The multi-talented — and glowing — Jenifer Lewis guests on The View for Whoopi Goldberg’s birthday. (2017 also marks a decade on The View for Whoopi, so it’s a double celebration.) How to describe Lewis is a tricky one. She got her start in entertainment as a backup singer for divine one Bette Midler and appeared with Midler in Beaches. But Lewis has always created her own material too, including the early stage work “The Diva Is Dismissed” a solo show she performed at The Public Theatre in NYC. Lewis has also appeared on many TV shows, including Murphy Brown, In Living Color and Friends. She played Will Smith‘s Aunt Helen on The Fresh Prince of Bel-Air.

[The Mother of Black Hollywood: A Memoir by Jenifer Lewis — Lewis played a mother so much she assumed the title]

It is Lewis’s backup singing that ultimately brings her to Whoopi’s The View birthday party. As she had for Bette Midler, Lewis played a backup singer to Whoopi’s musical nun in Sister Act. Lewis went from Sister Act to sister when she played Whoopi’s sister in the emotionally powerful dramatic film Corrina, Corrina. These days Lewis is most often seen on ABC’s black-ish, where her portrayal of Ruby Johnson has earned her great praise and a 2016 Critics Choice Award nomination. Whoopi gets a treat with a birthday visit from her friend. black-ish airs Tuesdays at 9ET on ABC. The View airs weekdays at 11am on ABC.