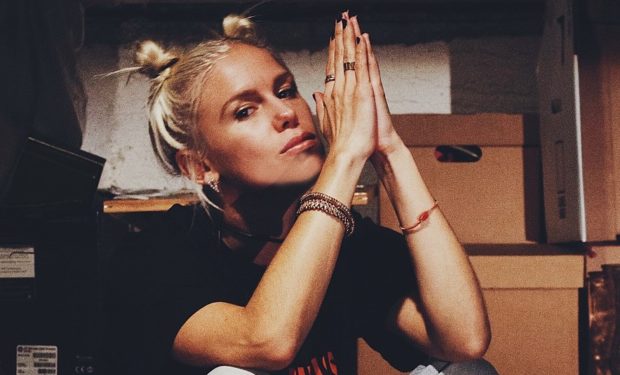 Want to see something go higher than the booming stock market? Then watch singer-songwriter Grace Weber‘s Twitter/Instagram followers count. A look today Weber’s Twitter/Instagram figures and you might mistake her for a regular person trying to make it in the music biz. It’s misleading because Weber isn’t a regular person at all: Grace Weber is a star. Yup she’s the Grace (and grace) behind Chance the Rapper‘s “All We Got” from The Coloring Book mixtape — where she appeared with none other than Kanye West. The bones of “All We Got” came out of sessions Weber had with the guys from The Social Experiment — Nate Fox and Nico Segal. It’s Weber’s high-pitched haunting vocals that limn the record with something new and different. It’s Weber who gives “All We Got” a special sort of gleam that feels both light and ethereal and also like strong platinum.

That ethereal platinum gleam of Weber’s voice is on full display on Weber’s new single “More Than Friends” (below), an unabashedly beautiful song getting props from top-tier talent like John Mayer. It’s her first single. Weber’s forthcoming debut album is produced by Fox, Segal and Peter Cottontale of aforementioned The Social Experiment. The singular Weber — whose voice is angelic but with the flavor of experience, of dust on her wings — manages to sound like a dozen influences at once and yet like nobody but herself. There’s a word for this; they call it artistry. Billboard interviews Weber here. You can listen to “More Than Friends” below.

i know you are but what am i [email protected] // makeup/hair styling: @jujugracemua

You may not know her name yet, but you’ve definitely heard her voice