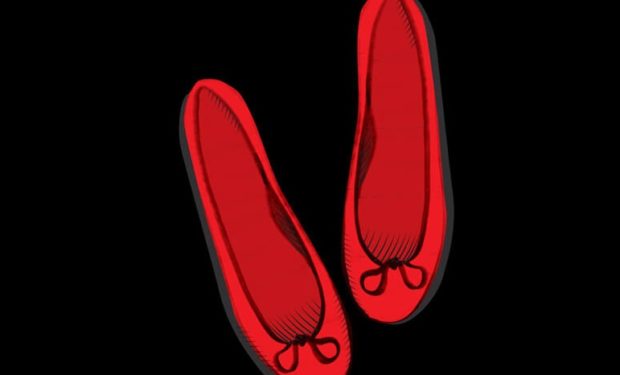 Irish parents looking for entertainment at Christmas generally face two choices of theatre outing to keep kids amused: the Sugar Plum Fairy and the Mouse King capering about in Tchaikovsky’s colourful standby The Nutcracker, beloved by young and old alike, or the sight of a B-list celebrity or has-been pop-star in a crass production of the likes of Jack and the Beanstalk, Aladdin, or Sleeping Beauty, a Yuletide tradition that’s both a thrilling rite of passage for many children and a painful ordeal for grown-ups who have to corral their sugared-up charges, endure many bad jokes and ear-splitting, tuneless melodies, not to mention repeated cries of “Oh, no, you didn’t!”.

This year, however, there is another option: a new production of Hans Christian Andersen’s fairytale The Red Shoes at Dublin’s Gate Theatre. The storied classic of dance and destruction has been given a contemporary retelling by playwright Nancy Harris, and is directed by Selina Cartmell. Though the production is geared towards families, the Gate is advising parental discretion. After all, Andersen’s fairytale of dance and destruction about an orphan girl given a pair of beautiful red shoes has, like all fairytales, a dark side (she puts on the red shoes and dances the blues, as Bowie would have it). Harris and Cartmell didn’t want to shy away from the tale’s more frightening elements. “When Selina and I began talking about this production, we had more questions than answers,” comments Harris. “But we were clear on one thing – we did not want to white-wash the darker parts of the story. We knew that dance and music would play a big part, but the basic fairy-tale –wonderful and shocking as it sometimes is – had to stay in place.” The World Premiere of The Red Shoes runs November 30th to January 27th. You can book tickets here.