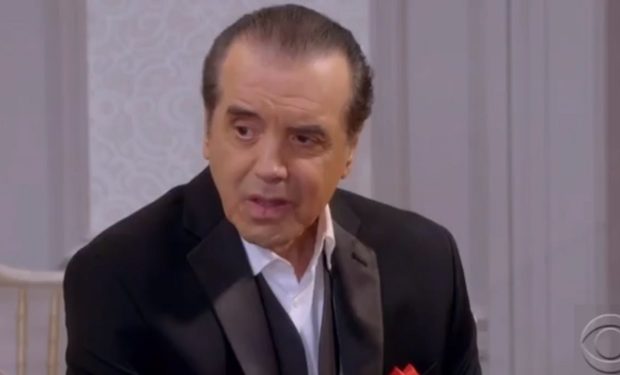 In the Kevin Can Wait episode “Plus One Is the Loneliest Number,” Vanessa (Leah Remini) finds herself in a pinch. Right before her sister’s wedding, she and her hunky doctor boyfriend breakup. She doesn’t want to show up without a date, so Kevin (Kevin James) steps in and pretends to be a doctor in an attempt to appease Vanessa’s judgmental father Vincent.

Vincent is portrayed by Chazz Palminteri. The New York native is known for his roles on Rizzoli & Isles (Frank Rizzoli Sr.) and Modern Family (Shorty), and in the films Bullets Over Broadway (Cheech, for which he was nominated for an Oscar for Best Actor in a Supporting Role), The Usual Suspects (Dave Kujan), and the very powerful A Bronx Tale (Sonny) – see link above, which Palminteri wrote, among others. Kevin Can Wait airs Mondays at 9pm on CBS, right after 9JKL.