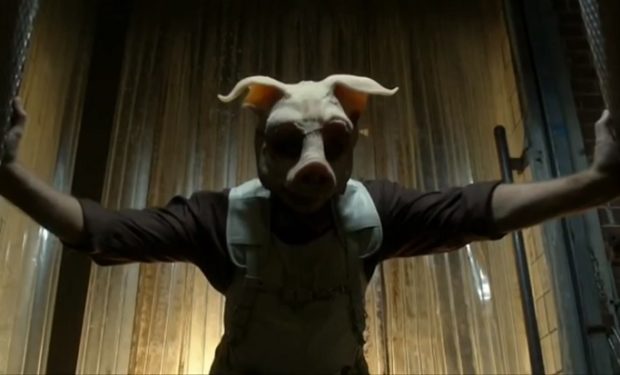 On the Gotham episode “A Dark Knight: Hog Day Afternoon,” while Leslie Thompson (Morena Baccarin) gets “Nygmafied” at Cherry’s place, Gordon (Ben McKenzie) and Bullock (Donal Logue) are trying to track down a serial killer. This assassin is extremely terrifying as he’s targeting police officers and then “decorates” them by placing severed heads of pigs over their heads. The serial killer, Professor Pyg, also wears a severed pig’s head to hide his face. It’s a signature mark. (It would have to be, really. No shiny belt or fancy boots are going to compete with, you know, a pig’s head over your face.)