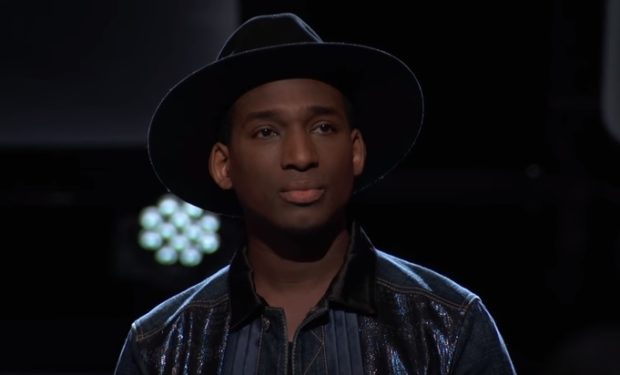 Jon Mero on The Voice (NBC)

It’s Week 5 of Blind Auditions on The Voice, Season 13. And one of the talented young singers competing for a spot on the competition is 31-year-old Jon Mero. Six years ago he left Des Moines, Iowa for Atlanta, Georgia to pursue musical opportunities. In the ATL, he joined the corporate band, Celebrity All-Star Band, which got to perform with the former The Voice coach Cee Lo Brown in 2016 (see video below).

For his Voice Blind Audition, Jon sings the Bruno Mars hit ‘Versace on the Floor’ and joins Team Adam after Levine compared him to the late great Prince. The Voice airs Mondays and Tuesdays at 8pm on NBC.