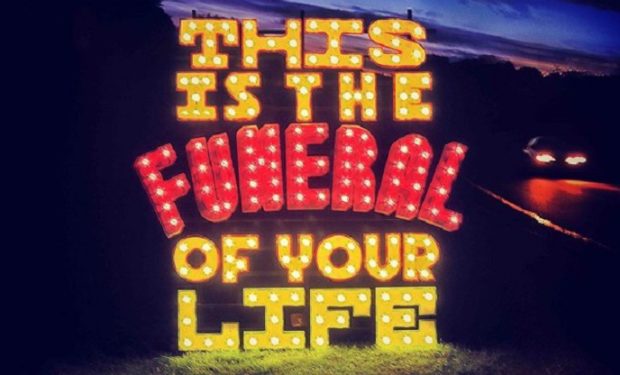 I recently attended the funeral of a friend’s father. There were some tears. There was some laughter. And afterwards we all had sandwiches and tea. There might have been booze. All in all it was, as we say in Ireland, a good send-off. The point is: everyone loves a good funeral. So why not go to your own while you’re still alive? I mean, you are still alive, aren’t you? Or are you simply existing? In a mesmeric combination of dance, music and theatre, an upcoming Dublin show, This is the Funeral of Your Life, will facilitate your funeral in real time. Yes, really, your funeral. An actor, a dancer and a mezzo soprano will perform together to find out who you really are. The production is offering an alternative funeral for a contemporary age, complete with flowers, music, and tissues. Oh, and sandwiches.

The brainchild of Irish theatre-maker Louise White, who specializes in immersive, multi-media theatrical experiences, the production ponders how people would like to be commemorated. “No one wants to talk about death but everyone likes to imagine their funeral,” says White. “They do it in private moments, on the drive to work or in the shower, we have all done it.” If this sounds excessively morbid, bear in mind this is an Irish theatre production, and if there’s one thing the Irish do well, it’s finding humor in the face of the seemingly horrific. This is the Funeral of Your Life runs at the Project Arts Centre from November 3 to 11. Tickets can be bought here.