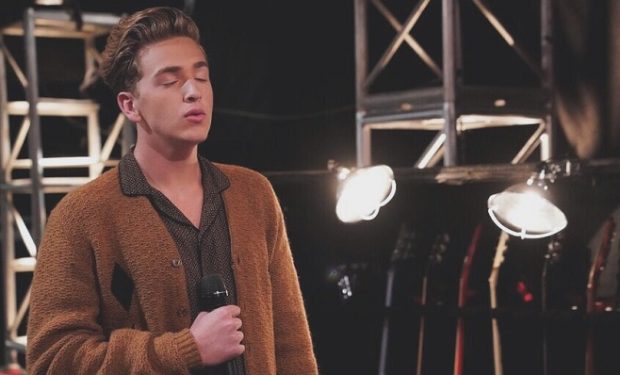 Noah Mac on The Voice (NBCUniversal)

Noah Mac is the handsome 18-year-old from East Bay, California competing on The Voice, Season 13. For his Blind Audition the self-taught musician sings the song “Way Down We Go” by the Icelandic rock band Kaleo.

[The original song Noah sang for his sister]

Noah Mac started singing at the age of seven, when he asked to sing at his sister’s funeral. He sang one of her favorite songs, “Judy and the Dream of Horses” by Belle and Sebastian (see link above). Noah has since gone on to teach himself how to play the piano and starred in local music productions including In the Heights. — by Hamilton genius Lin-Manuel Miranda. The Voice airs Mondays and Tuesdays at 8pm on NBC.