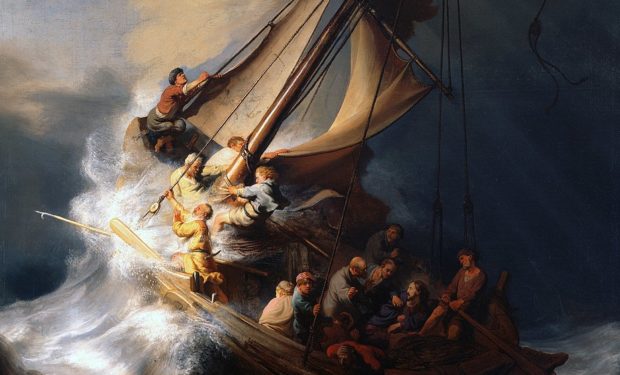 Rembrandt, (cropped) Christ in the Storm on the Lake of Galilee [Public domain], via Wikimedia Commons

In The Blacklist episode “Greyson Blaise,” Red (James Spader) poses as an art collector to catch billionaire art thief Greyson Blaise (Owain Yeoman). When they meet, Red tells Greyson that he has the Rembrandt painting “A Storm in the Sea of Galilee” hanging in his home at Lake Como, Italy. Greyson doesn’t believe it. The painting, Rembrandt’s only seascape, has been missing for more than 30 years.

[Learn more about The Gardner Heist: The True Story of the World’s Largest Unsolved Art Theft]