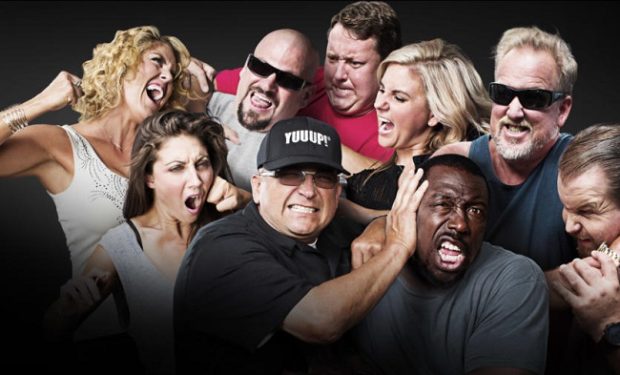 The cast of Storage Wars on A&E

On October 11, A&E will air four hours of Storage Wars featuring the “Best of Brandi and Jarrod” – the thirtysomething couple who have two children together and who have been on show since 2010. When they bought lockers, they used to send all the stuff to Now and Then Second-Hand Store, the shop they owned together in Orange, California. The store closed in 2014.

[You can watch all 10 seasons of Storage Wars on Amazon]

While Brandi Passante and Jarrod Schulz starred in the 2014 spin-off Brandi & Jarrod: Married to the Job on A&E, the series lasted just one season. The Season 10 finale of Storage Wars aired in August. In September, Jarrod with his dark hair grown in, appeared as one of the seven celebrities on History Channel’s “Celebrity Car Wars.” And he continues to sell his Outlaw Apparel. The Storage Wars four-hour marathon begin at 8pm on A&E.