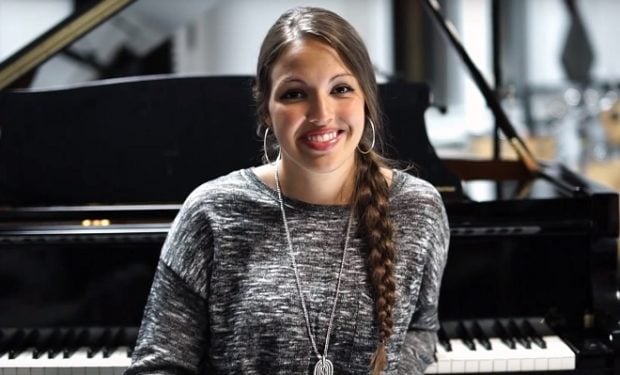 Rebecca Brunner is the young woman from Mason, Michigan who’s competing on The Voice, Season 13. This isn’t Rebecca’s first time on TV. The recent college graduate (Columbia College Chicago) was a backup singer on Late Night with Seth Myers with recording artist Sir the Baptist, and was a contestant on America’s Got Talent, Season 11 in 2016 — though she didn’t get too far. Practice, they say, makes perfect and here comes Rebecca onto The Voice with confidence.