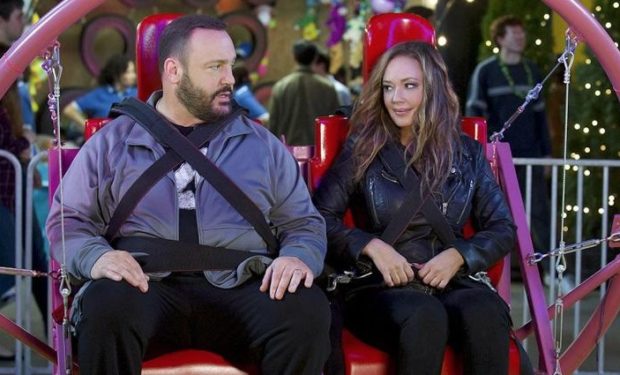 In the Kevin Can Wait episode “Business Unusual,” Kevin’s (Kevin James) daughter Kendra (Taylor Spreitler) is overwhelmed by her father’s helicopter parenting which really kicked in after her mother’s death (the missing Erinn Hayes). To distract Kevin, Kendra tricks him into taking a job with his old partner, Vanessa (Leah Remini), who owns her own private security company. On the job, the “bad guy” who Kevin tries to chase down is Anthony.

Anthony is portrayed by Angelo Pagan, Remini’s real-life husband. As an actor, he’s known for his roles on Hawthorne (Mikey), The King of Queens (Hector), and 24 (Agent Drake), among others. Pagan and Remini have been married since 2003 and they have one child, a daughter named Sofia. Kevin Can Wait airs Mondays at 9pm on CBS.

#Repost @leahremini (@get_repost) My wife was being nice it was more like….well more than ten ! ??Reunited and it feels so good ! ・・・ More than 10 years later, this crew is still together! @kevincanwaitcbs #tbt

The sweet angel on my left is celebrating a birthday today! But ya’ll already knew that! 29 never looked so good! Wepa! Feliz cumpleaños mama! #theagelesswonder

Yes the girls are amazing but did anyone notice @kevincanwaitcbs one of the funniest men on the planet in the background ? Great night! And @egt239 I love that you do that !