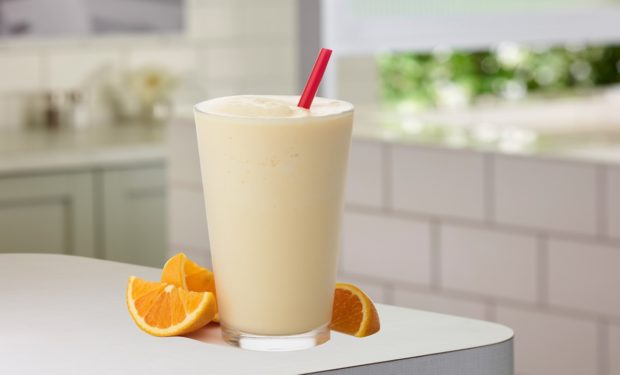 For about a month lucky Chick-fil-A customers in the Jacksonville, Florida area — like all those thirsty NFL Jacksonville Jaguars fans — can wet and cool their thirsty whistles with a ‘Frosted Sunrise” drink by Chick-fi-A. Chick-fi-A is serving up a combo drink that it says is “not a smoothie” and “not a milkshake.” The same can be said for Chick-fil-A’s popular “Frosted Lemonade.” That drink, which Chick-fil-A added to the menu in 2015 is a combination of tart and sweet — lemonade and its Icedream-branded ice cream. Frosted Sunrise plays the same tart trick, but instead mixes orange juice — made by the Simply Orange brand — with Icedream.