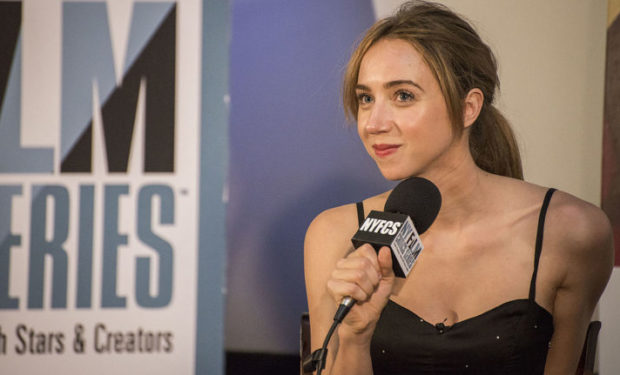 One of the protagonists on HBO’s The Deuce is Vincent Martino (James Franco). His marriage is on the rocks and he’s living in Times Square, New York City, circa 1970. It wasn’t the family friendly tourist trap it is today. Things take a turn for the worse when a mobster sees potential in Vincent. What’s to become of Vincent and his shaky marriage to Andrea?

Andrea Martino is portrayed by Zoe Kazan. The  granddaughter of the legendary director Elia Kazan is known for her roles in the films The Big Sick (Emily), It’s Complicated (Gabby), What If (Chantry), Revolutionary Road (Maureen Grube), and Me and Orson Welles (Gretta Adler), among others. She wrote and co-starred in the 2012 movie Ruby Sparks (as Ruby) with her boyfriend Paul Dano. Also of note: Kazan was nominated for a Primetime Emmy in 2015 for her recurring role as Denise Thibodeau in HBO’s Olive Kitteridge starring Frances McDormand. The Deuce airs Sundays at 9pm on HBO.