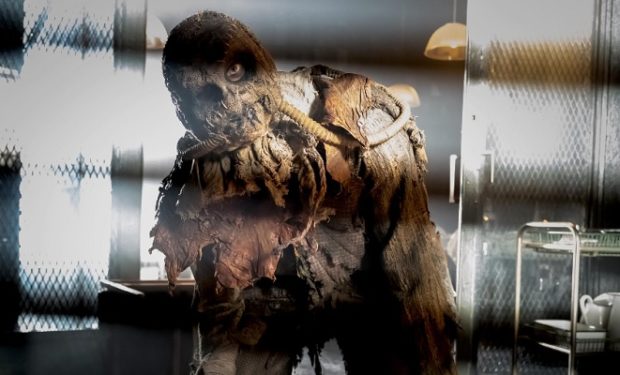 In the Gotham episode “A Dark Knight: The Fear Reaper,” Gordon is out to prove that the Gotham City Police Department is still powerful. His strategy puts him in great danger at Arkham where he’s forced to confront the demon inside himself, and it also involves bringing in Jonathan Crane aka Scarecrow. He made his first appearance on Gotham in 2015. He’s the son of Gerard Crane. Together they targeted and killed people with their worst phobias.

[Charlie Tahan is the voice of Victor Frankenweeine!]

Jonathan Crane is portrayed by 19-year-old Charlie Tahan. He’s also known for his roles on Ozark (Wyatt), Wayward Pines (Ben Burke), Law & Order: SVU (Calvin Arliss), and in the films I Am Legend (Ethan) and Charlie St. Cloud (Sam St. Cloud), among others. Gotham airs Thursdays at 8pm on FOX.