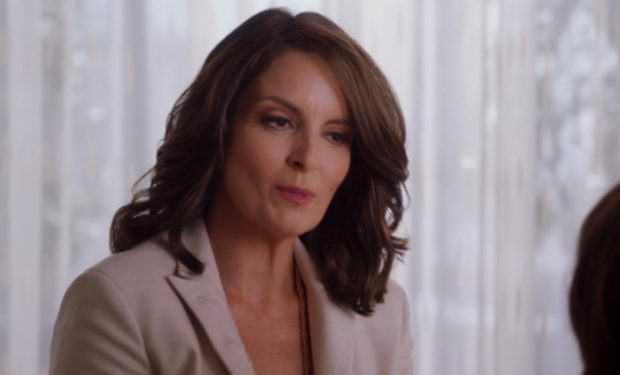 The hilarious new comedy Great News, produced by NBC darling Tina Fey, is back for its second season (September 28). In the premiere episode “Boardroom Bitch,” guess who gets to play the news program’s new boss, Diana St. Tropez? You got it, Tina Fey. And she’s looking the part with her expensive suits, perfectly blown out hair and makeup.

[Tina Fey is the ultimate Bossypants]

While Katie (Briga Heelan) is absolutely delighted to have a female boss — and one who is extremely decisive — not everyone (including Kate’s mother Carol who’s played by the great Andrea Martin) is thrilled with the new boss’ plans to revive the outdated news program. Great News airs Thursdays at 9:30pm on NBC.