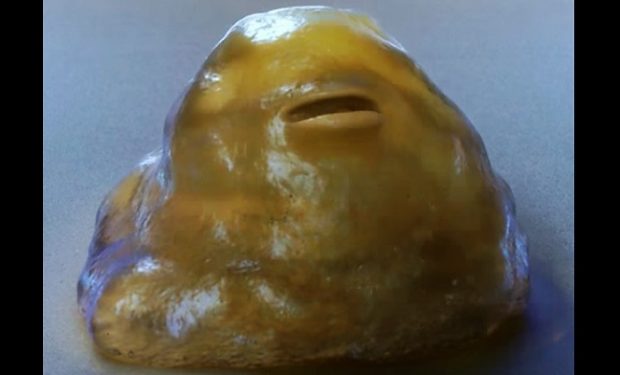 Yaphit on The Orville (FOX)

In The Orville episode “If the Stars Should Appear,” the crew tries to stop an old gigantic spaceship from colliding with a star. But that’s not all! While some of the crew tries to help the inhabitants of the vessel, others stay behind to help another Union ship from a Krill attack. One of those who stays behind is the slimy creature Yaphit, who is voiced by former SNL star Norm MacDonald. Yaphit has the hots for the Orville’s physician Dr. Claire Finn (Penny Johnston Jerald).

[Norm MacDonald’s bestseller memoir is “Based on a True Story’]

On this day in #HowardHistory one year ago, @normmacdonald told the story of Dirty Johnny – NOW on #Sternthology #Howard101 pic.twitter.com/QOehqFU5Co

Thanks to the genius, @SethMacFarlane for @TheOrville, a show I would love even if I wasn’t in it.