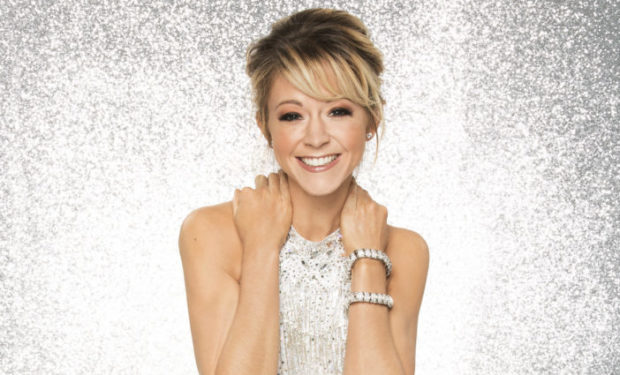 [You can pre-order Stirling’s album Warmer in the Winter]

This isn’t Stirling’s first time on TV. She made it to the quarter-finals of America’s Got Talent, Season 10 in 2010. Since then, Stirling has released four studio albums including her forthcoming Christmas album, Warmer in the Winter (see link above), which will be out in October. Note: Stirling, a Mormon, is a graduate of Brigham Young University. Dancing with the Stars airs Mondays at 8pm on ABC.

Here’s #teamSTARK version of our week 1 song. Don’t worry by @madconofficial Check out our cha cha next Monday on #DWTS. @markballas