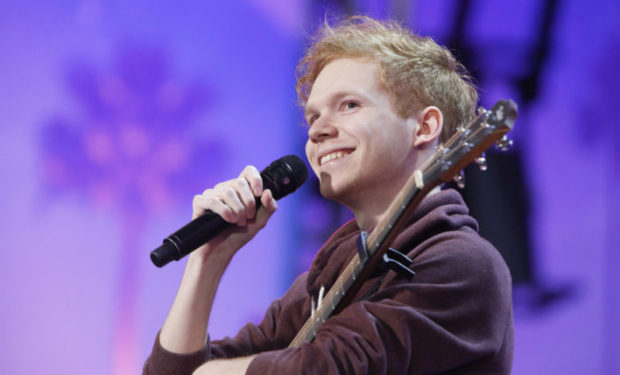 Chase Goehring is the only male singer left competing on America’s Got Talent, Season 12. For his Live Finals performance, he sang another original song, one he hasn’t released before. Simon Cowell has told Chase how much he appreciates the fact that Chase “hasn’t compromised himself” for the show. The Live Finals were just more proof.

For his Live Finals performance, Chase strummed his acoustic guitar and sang a song that included the lyrics: “Mirror mirror on the wall you know it’s all your fault.” And yes, he did the quick-tempo rapping that AGT judge Heidi Klum loves. After the performance, Heidi said, “I know I’m going to turn on the radio soon and hear you.” Simon Cowell, “Bloody loved it.” And the song is “brilliant.” The winner of America’s Got Talent will be announced on Wednesday, September 20 at 8pm on NBC.

Mirror, mirror on the wall. “Mirror” is the most ? original from @chasegoehring yet. #AGTFinale