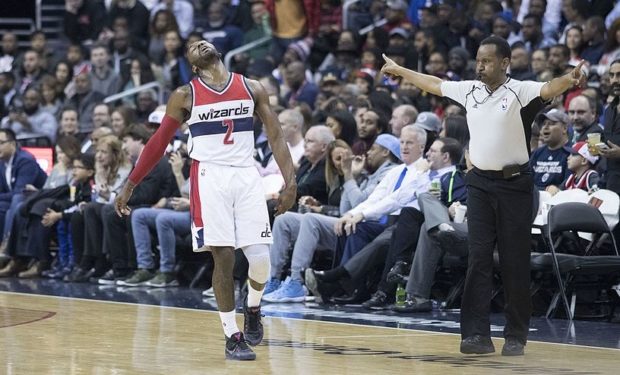 John Wall’s 4-year $170 million contract isn’t an end — it’s a beginning. That’s Wall’s attitude and it’s an attitude every GM who puts out an offer sheet hopes the superstar believes. With Wall, it’s natural. He wants to be one of the best who ever played the game. He’s got the pedigree and last year he made an honest run at the NBA MVP trophy, leading the Washington Wizards to serious contention. Wall is as solid as his name. So when Kobe Bryant started issuing challenges to people as part of Nike marketing campaign, one Wizards blog asked what Mamba thought would be a good challenge for Wall. Bryant responded that Wall’s challenge was to make the NBA All-Defensive First Team, knowing that offense is just half the battle. Wall’s reply? Predictably, Wall said “Say no more.”

Wall is a 4-time NBA All-Star who made the NBA All-Defensive Second Team in 2015 so he knows how to get there. Bryant is giving Wall a pretty good roadmap to legend status if he can follow it. Bryant himself was named to the NBA All-Defensive First Team NINE times, including every year from 2006-2011.