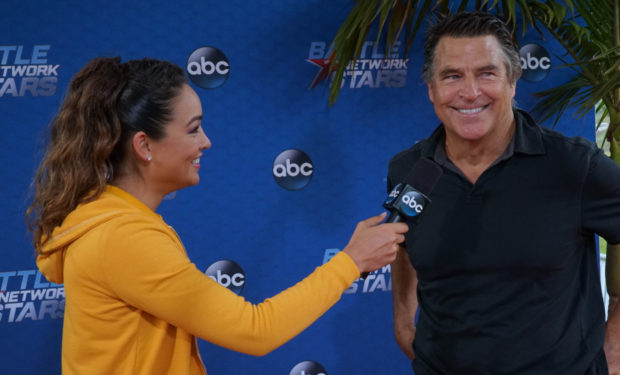 One of the longest running sitcoms on network TV was Married with Children starring Katey Sagal and Ed O’Neill as the Bundys. Actor Ted McGinley, who portrayed their next door neighbor Jefferson D’Arcy, is competing on The Battle of the Network Stars on the TV Moms and Dads team.

[Binge watch all 11 seasons of Married with Children on Amazon]

Ted McGinley is also known for his roles on Hope & Faith (Faith Hope’s husband Charley Shanowski), The West Wing (Mark Gottfried), Sports Night (Gordon), Dynasty (Clay Fallmont), The Love Boat (the ship’s photographer Ace), and Happy Days (Roger Phillips), among others. McGinley is also well recognized for his role as Stan Gable in the Revenge of the Nerds movies. Battle of the Network Stars airs Wednesdays at 8pm on ABC.