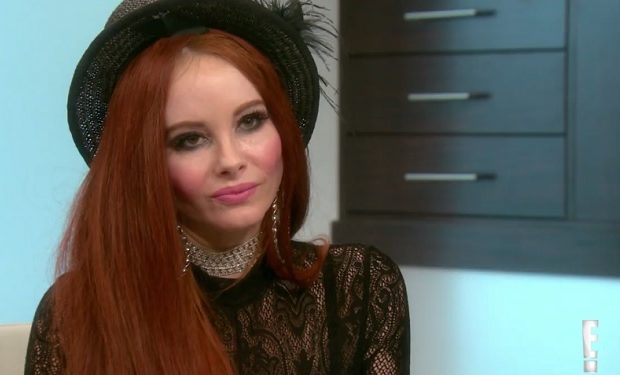 Phoebe on Botched on E!

In the Botched episode “Sticky Nipples and Paparazzi Nightmares”, plastic surgeons Drs. Dubrow and Nassif see a number of women for consultations including a mother who is duct taping her breasts. They also receive a visit from former patient and actress Frenchy who brings in her friend Phoebe, who is described by E! as a “D-List celebrity who wants to get an A-List nose.” During Phoebe’s consultation, she tells the doctors that she has paparazzi following her and that “the haters out there are saying my nostril is bigger than the other and that I have a dent” on her nose. In general, Phoebe says, “I just feel like things are poking out of my face.” Dr. Nassif concludes that Phoebe, being an actress, has a tendency to be dramatic.

Phoebe Price has appeared in the films The Victim (missing girl), In My Sleep (surprise party ex-girlfriend), and Get Smart (window shopper), among others. Phoebe also plays herself in Frenchy’s music video “Frenchy Mafia.” Fun fact: Phoebe is also a designer of hats and headbands. Botched airs Thursdays at 9pm on E!