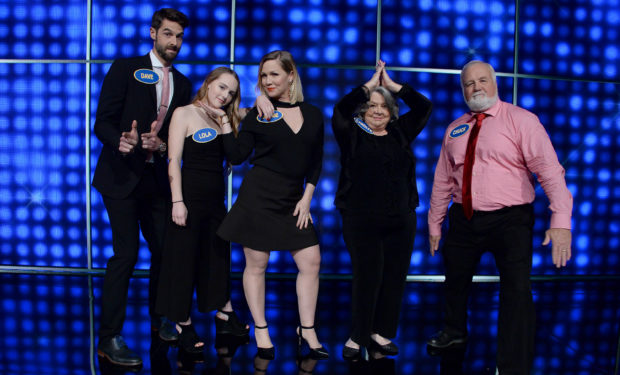 Actress Jennie Garth is bringing her family to Celebrity Family Feud (August 27). She’s best known for her role as Kelly Taylor on the Aaron Spelling teen soap opera Beverly Hills, 90201 (1990-2000). Since then Garth has gone on to star in What I Like About You (Valerie) and Mystery Girls (Charlie), and she’s been married three times and had three children. One of her three daughters, Lola Garth Facinelli, will join her on Celebrity Family Feud. So will her current husband Dave Abrams.

#TBT to a few weeks ago in #ConeyIsland #sideshowfreaks