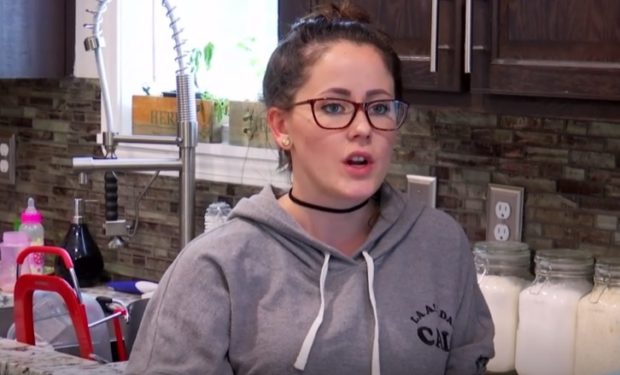 On Teen Mom 2, while Chelsea and Cole “catch baby fever,’ and Luis moves farther away from Briana who’s pregnant with his child, Jenelle Evans opens up to her producer Kristen about an incident she had with her mother Barbara Evans. Jenelle says when she tried to see her son Jace last weekend, her mother told her “you should have called me earlier in the day.” Barbara said she already made plans with her friends for Cinco de Mayo. So Jenelle and her fiancee David go to the Mexican restaurant. Jenelle tells Kristen, “When David was inside he saw her drinking wine and David took pictures from far away, my mom didn’t see him.” David showed Jenelle the pictures in the parking lot. Jenelle tells Kristen: “I didn’t know if she was going to drink and drive.” So Jenelle confronts her mother in the restaurant.

Later, Jenelle and David drive to Barb’s house. Jenelle says she “banged on her door for two hours.” When David looked into the garage window and saw Barb’s car, realizing she was home, Jenelle called the police. When the police knocked on the door, Barb opened it and told them, “I don’t want her on my property.” Jenelle tells Kristen, “Her attorney is probably really scared because I don’t have to turn in any evidence that I’m going to use in court unless I filmed it without my mom’s knowledge.’ Teen Mom 2 at 9pm on MTV.