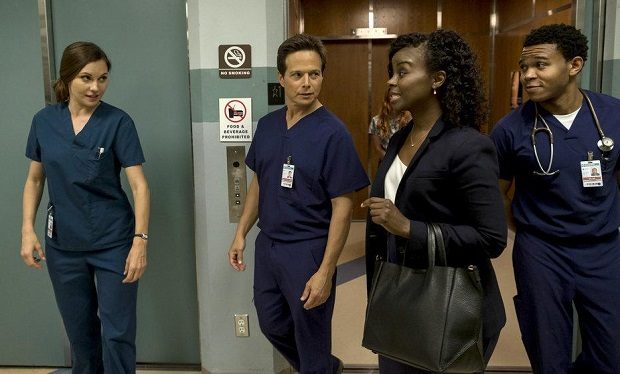 Dr. Bella Cummings is portrayed by Erica Tazel. She’s known for her roles on The Good Fight (Barbara Kolstad), the 2016 mini-series Roots (Matilda), and Justified (Rachel Brooks), among others. The Night Shift airs Thursdays at 10pm on NBC.

2 more days! The premiere of @thegoodfightcbs Sunday, February 19th. Special “clean” broadcast on CBS! The rest of our 10 episode season can be seen on CBS All Access, CBS streaming service. The first two episodes drop on Sunday. Join us in #TheGoodFight

So MANY wonderful friends on the ballot today who I actually had the pleasure of voting for. I haven’t done anything I’m supposed to be doing! Lol! It is going to be a really good party this year. I am super proud for our ROOTS family!! Thank you Nicole for the shoutout:) Repost from @nmapr – Huge congrats to @erica_tazel and the cast of @rootsseries on their Emmy nomination for Outstanding Limited Series ? #emmys #roots