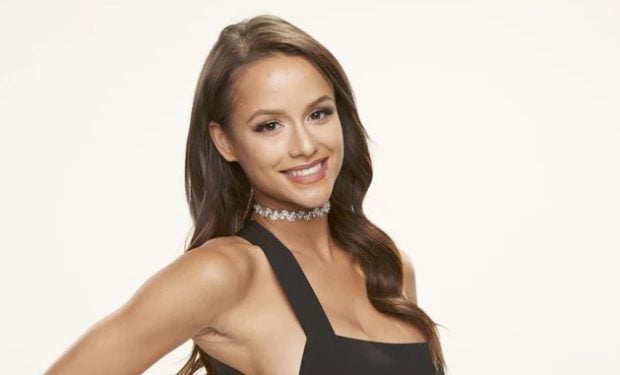 On July 27, another houseguest on Big Brother 19 is evicted from the compound and the remaining players compete to become the next Head of Household. The most recent HOH is Jessica Graf. When not on Big Brother, the stunning 26-year-old from Rhode Island works as a VIP concierge in Los Angeles. And when she’s not at work, she’s lounging around in sexy underwear watching football – Go Patriots! (P.S. She says “The boobs are real.”)

Before leaving the East Coast, Jessica won the title and crown of Miss Nightlife in Boston in 2012. The contest involved an evening gown and bikini section. (See video below.) When asked what the win meant to her, Jessica answered, “It means I get to go out and be social.” After winning Miss Nightlife, she became a member of the New England Revolution’s promotional team, Rev Girls. (The Revolution is a pro soccer team in Boston.) Big Brother airs Sundays and Mondays at 8pm, and Thursdays at 9pm on CBS.