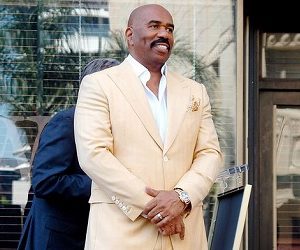 Former stand-up comedian Steve Harvey has become a mainstay on ABC primetime TV as host of Celebrity Family Feud, Little Big Shots (and its spin-off Little Big Shots: Forever Young), and the latest Steve Harvey’s Funderdome. He made his TV debut as an actor in 1994 in the one-season sitcom Me and the Boys as widower Steve Tower. His big break in TV came in 1996 with The Steve Harvey Show as former funk star turned high school vice principal Steve Hightower — with his old stand-up pal Cedric the Entertainer as the school’s coach. The show ran for six season, 1996 to 2002.

Since then Harvey has been in 7 movies. We’re not counting Think Like a Man and Madea Goes to Jail because he plays himself. Below are the 5 films where Harvey actually acts: