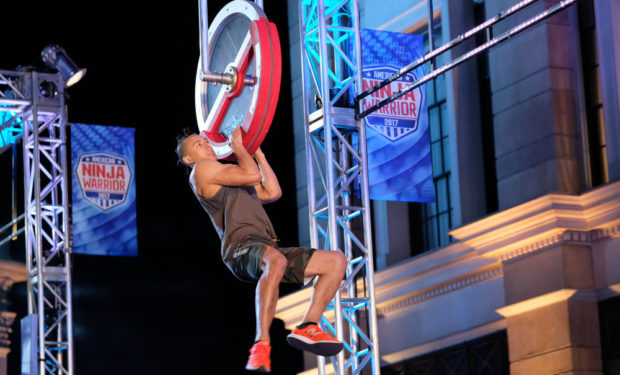 American Ninja Warrior fans will see a number of familiar faces on Season 9. Former Teen American Ninja Warriors (Season 1), Cara and Kaiti Haymaker (aka Texan Twin-jas) are competing against each other. And 31-year-old Hawaiian obstacle racer Kapu Gaison will give it another try at the Los Angeles Qualifiers (June 12).

When not running the Makahiki Challenge obstacle race in Hawaii, Kapu is training for American Ninja Warrior. Kapu is obsessed with the outdoors (who can blame him!) and trains by climbing the rocky peaks of Hawaiian mountains, among other things. He blew his chance last year (Season 8), “but I won’t blow it again,” he says in his audition tape (see below). American Ninja Warrior airs Mondays at 8pm on NBC.