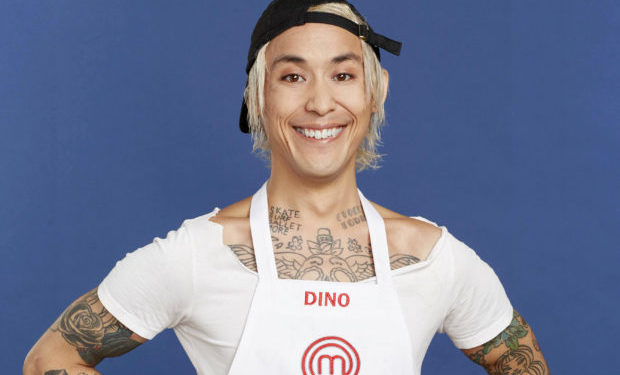 In the MasterChef episode ‘Feeding the Lifeguards,’ the Top 19 cooks compete in the first team challenge of Season 8 — and it’s on the beach! Their challenge is to prepare fresh fish (and veggies) for 101 lifeguards who vote for their favorite dish. One of the Top 19 on the beach is Dino Angelo Luciano from Brooklyn (Bensonhurst). He’s teamed up with Jennifer, Jenny and Daniel.

On the show and on social media, Dino describes himself as a ballerina. Before MasterChef premiered, Dino posted a video of him dancing in a friend’s studio in New Orleans. He wrote: “Possessed by dance, driven by music, breathing out art. A new friend gave me the keys to her studio to film some things. Please forgive my really bad form, its been months since I’ve danced, been too busy cooking!! But I’m back!!” Maybe next time Dino will post a video with less stretching and more dancing! MasterChef airs Wednesdays at 8pm on FOX.

We’ve got a group of unique chefs this season! #MasterChef pic.twitter.com/nbQw58uPic