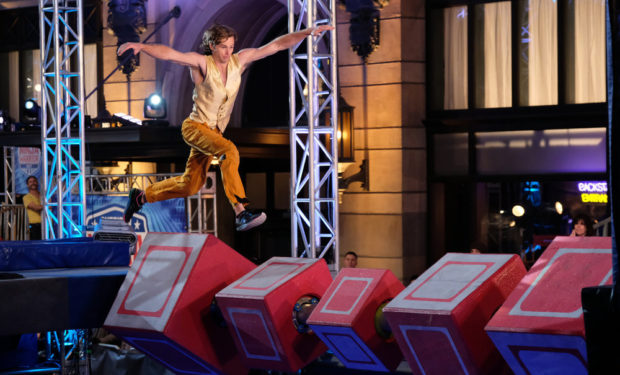 American Ninja Warrior is back for its ninth season and many of the competitors are rookies on the show, including Anton Reichel. He’s the one wearing the flashy gold vest and mustard pants at the Los Angeles Qualifiers (June 12).

The 33-year-old from Montreal, Canada now lives in San Diego, California where he makes his living as a circus performer and teacher. As a member of The Venardos Circus, Anton wows the audience under the big tent with his juggling prowess (juggling milk crates) and his ability to balance things (like a vertical bicycle) on his hand. He can even juggle while surfing! See video below. American Ninja Warrior airs Mondays at 8pm on NBC.