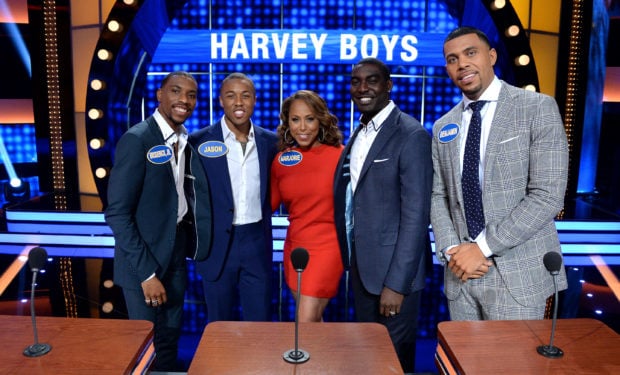 Celebrity Family Feud host Steve Harvey has been married three times, and is the proud father of seven and grandfather of four. He will celebrate his tenth wedding anniversary with Marjorie Harvey on the day the Harvey Boys (his sons and sons-in-law) compete against the Harvey Girls (his daughters and mother-in-law) on Celebrity Family Feud. Here’s the breakdown of Steve and Marjorie Harvey’s 7 children:

The only Harvey child missing from the special Celebrity Family Feud episode is 19-year-old, Wynton Harvey. In 2015, Wynton and Lori went to college together at Morehouse College. The Harvey Boys are playing for Morehouse College, btw. The Harvey Girls are playing for Spelman College. To learn more about Wynton, follow him on Instagram (he just joined). Like his dad, he likes cigars. Celebrity Family Feud airs Sundays at 8pm on ABC.

Greatness is a decision.

If it’s not above average it’s not for me. #WYNTONHARVEY

Just found out it was National Sibling Day. All for 1, 1 for all. #Harveyfamily #WyntonHarvey #AintNoSmallFamilyBih