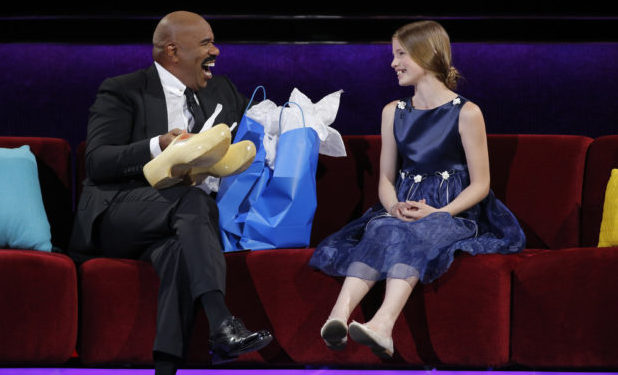 In the Little Big Shots episode ‘The Magic Johnsons’, host Steve Harvey will meet two adorable and talented singing acts. One is The Johnson Family, an American trio of siblings who sing a cappella. The other is 12-year-old opera singer Sterre Van Boxtel from Holland. Before Sterre performs, she presents Harvey with a gigantic pair of Dutch clogs which brings a great smile to his face (see photo above).

But things get serious when Sterre performs. She is an accomplished singer who already has released an EP, Sterre. It consists of four tracks including Ave Marie and Somewhere Over the Rainbow. Little Big Shots airs Wednesdays at 8pm on NBC.