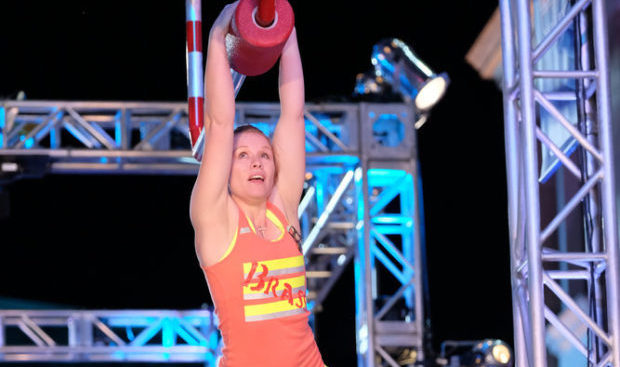 There will be plenty of familiar faces on American Ninja Warrior, Season 9, including Hawaiian obstacle racer Kapu Gaison who blew it last season. One of the new faces at the Los Angeles Qualifiers is Anna Christensen.

The ANW novice hails from Washington State (yes, she’s a Seahawks fan), where she is a construction worker by day and a mom to two cute kids all the time (see photos below). According to her Facebook profile, she’s single. How can you not root for this woman?! American Ninja Warrior airs Mondays at 8pm on NBC.