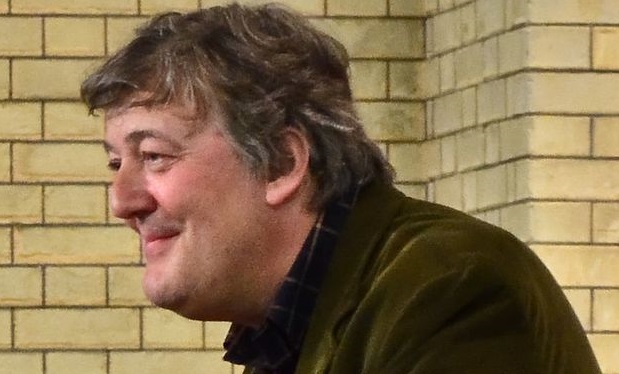 Following a TV interview in which Stephen Fry explained why he’s an atheist, the actor might be facing criminal charges in Ireland for … wait for it … blasphemy. I’ll give you a moment to digest how in 2017 it is possible that a supposedly civilized nation can prosecute an individual for expressing their personal beliefs. No, I can’t really fathom it either. In 2015 Fry was interviewed on Irish television’s ‘The Meaning of Life‘, a fairly innocuous pseudo-theological discussion program in which veteran broadcaster Gay Byrne asks celebrities about their relationship – if any – to God. I say ‘innocuous’ because the show usually passes without comment, at least until Fry appeared on it and called God as “utterly evil, capricious and monstrous.” (video below) There was a bit of a Twitter storm for a few days, and that was that. Until last week, however, when it was reported that Irish Police contacted a viewer who complained about the comments, and that a full investigation of Fry will be carried out.

Lest you think that the blasphemy charge is a carry-over from some antiquated piece of legislation that hasn’t been taken off the books — like those quaint laws prohibiting getting fish drunk in Ohio or driving blindfolded in Alabama — the offense of “publication or utterance of blasphemous matter” is part of a defamation act introduced in Ireland in 2009. If convicted, Fry could face a penalty of €25,000. Of course, that won’t happen — the Irish Police have better things to be getting on with. Like this. But as journalist Emer O’Toole points out, 21st Century Ireland is far from a secular society. The Irish Parliament begins every session with a prayer, and recently the government made it compulsory to stand for it. A new national maternity hospital has been placed under the ownership of a Catholic order, in spite of the obvious fact that nuns are opposed to pretty much everything that modern obstetrics believes in. Fry has yet to comment on the possible charge. His defense could be to quote his literary hero, Oscar Wilde, who famously said “I sometimes think God in creating Man somewhat overestimated his ability.”