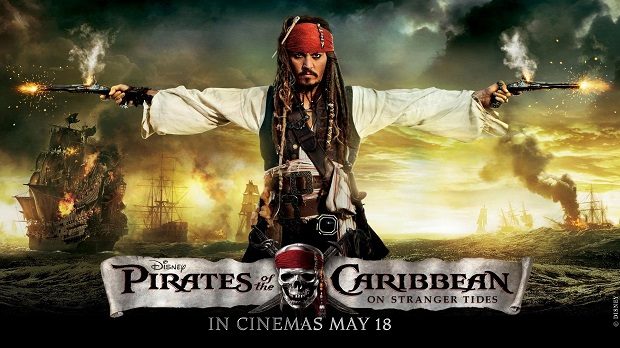 Disney promotion of Pirates of the Caribbean

Shiver me terrabytes! In news that would only be better if it fell on International Talk Like a Pirate Day it’s being reported that the latest Pirates of the Caribbean movie has been stolen and that the thieves are demanding a hefty ransom from Disney Studios, or else they’ll set it free on the high seas of the Internet. Insert hearty rum-sodden ironic laugh here. The hackers have allegedly demanded a huge payment in Bitcoin (the Digital Age equivalent of pieces of eight.) “The hackers said they would release bits of the film – in increments – if their demands weren’t met,” reports Deadline, somehow neglecting to add the obligatory note about them being scurvy dogs.

Disney, however, isn’t some quivering merchant meekly allowing a motley crew of cutthroats to come aboard and seize its cargo. No, much like Jack Sparrow‘s nemesis, Captain James Norrington, the priggish officer of the Royal Navy, the studio is refusing to give in to this band of “vile and dissolute creatures who deserve nothing more than a short drop and a sudden stop.” Pirates of the Caribbean: Dead Men Tell No Tales is scheduled for release on May 26th, and a lot is riding on its success. It is the fifth movie in a franchise that has earned almost $4 billion worldwide, so Disney and producer Jerry Bruckheimer must be confident that they’ll thwart the hackers before they hoist the Skull & Crossbones and, er, pirate it.