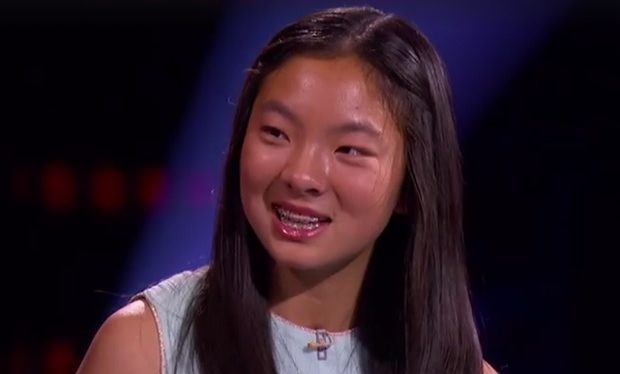 The title of the Little Big Shots episode “Memory Lane” refers to Katherine, a girl with an incredible memory. On stage with host Steve Harvey, Katherine memorizes the order of numbered balls sitting on a rack. When Harvey removes the balls, tosses them in a bowl, and then puts a new set of balls on the rack, she can recall every single order.

[Left: Read Moonwalking with Einstein: The Art and Science of Remembering Everything]

Katherine gets put to the test at a card table with Harvey and three other kids. Katherine proves she can memorize a shuffled deck of cards. Harvey believes it when he sees it and cries out, “We’re rich!” Headed straight to the casino? You get the feeling he’s calling the limo at the break. Little Big Shots airs Sundays at 7pm and 8pm on NBC.