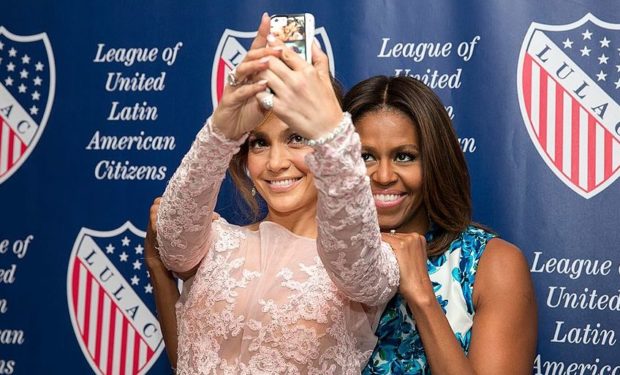 JLo was in a lot of movies before she was invited to the White House [Public domain], via Wikimedia Commons

Jennifer Lopez is known as a triple threat. She started out as a dancer (a Fly Girl on In Livin Color), landed the lead role in the biopic Selena, and then reminded everyone with a radio that she was still Jenny from the Block. Now the 47-year-old superstar is back on TV as one of three judges on the TV dance competition show she’s producing, World of Dance.

As an actress, JLo has been in many films over the years including the super popular Maid in Manhattan, The Wedding Planning, Monster-in-Law, and in the not so popular films Gigli and Jersey Girl with her then fiance, actor Ben Affleck. Here is a list of 8 awesome movies you probably forgot JLo was in, or you might have missed all together. JLo acted opposite some of the biggest male stars in the world in the 1990s, including George Clooney, Sean Penn and Jack Nicholson. World of Dance airs Tuesdays at 10pm on NBC.

JLo gets kidnapped by George Clooney, 1998

JLo tries to track down a serial killer with Vince Vaughn, 2000