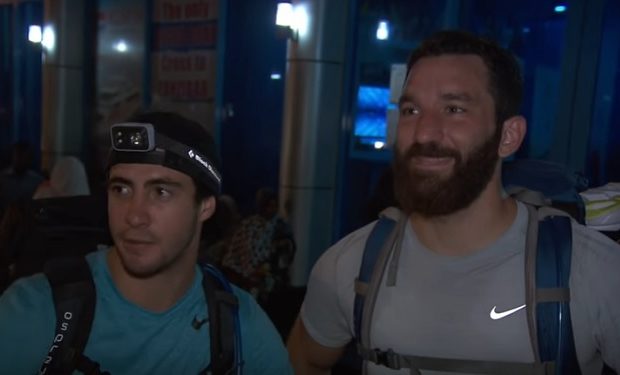 In The Amazing Race 29 episode ‘Bucket List Type Stuff’, the teams find a clue in a newspaper about their next destination. They need to get a ferry to Zanzibar, Tanzania, where they’ll build and deliver desks to a local school. When everyone scrambles to the ferry station to buy tickets, somehow Matt and Redmond are already at a window purchasing tickets.

Matt and Redmond are accused of cutting everyone in line. (That’s cheating, right?) Ashley tells Scott: “Now it’s just a matter of principle. This is mark #2 against them,” she says. Mark #1 was when they “screwed her with the helicopter.” Matt and Redmond, btw, don’t seem too worried about the marks in Ashley’s mind. The Amazing Race 29 airs Thursdays at 10pm on CBS.