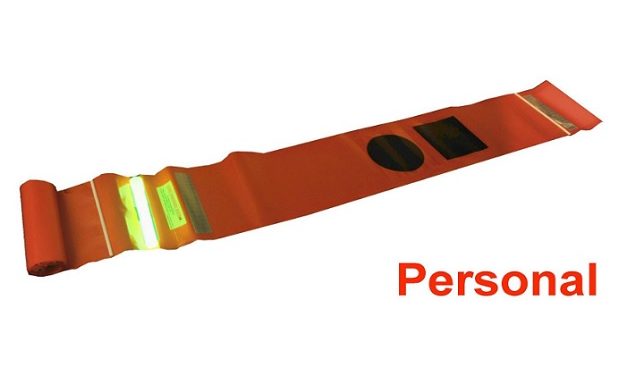 Dr. Robert Yonover is the scientist from Hawaii who invented See/Rescue Streamer. It’s a safety device for outdoor adventurists (hikers, campers, boaters) who might get lost. When rolled up, it’s the size of a cell phone (and weighs just 5 ounces). When deployed, a six-inch wide, 25 foot long bright orange streamer rolls out. With “military grade chem-lights and retro-reflectors” the Rescue Streamer provides “active and passive night signaling and can be seen from miles away with night vision goggles.” Yonover has sold Rescue Streamers to the military, and now he wants to sells it to everyday customers, that’s why he’s pitching the product on Shark Tank (April 21).

[LEFT: The personal Rescue Streamer is $80 on Amazon]

Rescue Streamer isn’t Dr. Yonover’s first patented safety device product. He is also the inventor of Inflatable Rescue Boards and Inflatable Paddleboards, among others. The personal Rescue Streamer is $80; the large (which rolls out to 40 feet) is $120. Shark Tank airs Fridays at 9pm on ABC.