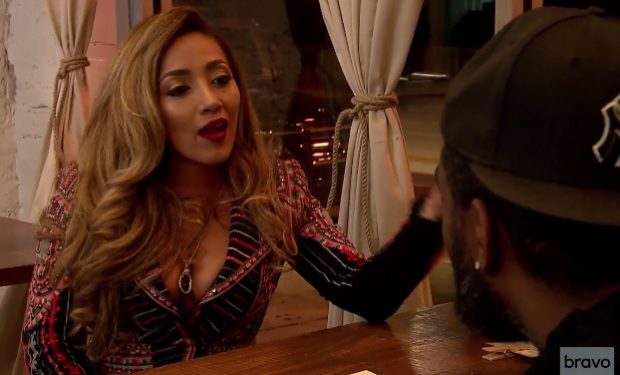 In The Real Housewives of Atlanta episode ‘Side Dishes and Side Pieces’, Kandi Burruss and her husband Todd Tucker host a preview party at their restaurant, Old Lady Gang (Mama Joyce and her sisters are the gang, btw). At the party, a woman walks in and introduces herself to Todd as Apollo Nida’s girlfriend, Sherine. Todd remembers that Apollo said she might come and support his endeavor but Todd did not expect her to show up at the opening. “Oh my god,” says Todd to the camera, “Here comes trouble.” He adds, “What am I supposed to do with this chick? I don’t want no problems.”

But that doesn’t keep Todd from introducing her as “Mrs. Nida” to the ladies. (Phaedra Moore is not in the room.) Phaedra’s nemesis Kenya Moore smiles and pulls up a chair right next to Sherine. The Real Housewives of Atlanta airs Sundays at 8pm on Bravo.