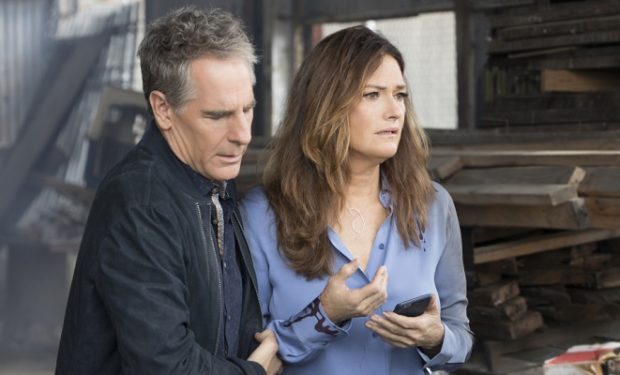 In the NCIS: New Orleans episode ‘The Last Stand’, Pride (Scott Bakula) reconnects with his longtime friend, ADA and Reserve Navy CDR JAG Corps Rita Devereaux. She asks Pride and the team to investigate when a JAG lawyer goes missing. The missing military lawyer specializes in classified cases and works at a private-military academy.

Rita Devereaux is portrayed by Chelsea Field. She’s known for her roles in the films The Last Boy Scout, Masters of the Universe, and Commando. Fun facts: She’s married to Scott Bakula (since 2009, and they have 2 kids together) and she was once a dancer on Solid Gold (1983). It’s not the first time Field and Bakula have shared a screen. Field played his nasty ex-wife Alex in the 1999 film NetForce (see above). NCIS: New Orleans airs Tuesdays at 10pm on CBS.

Last night with Chelsea on our way to the #summerSoiree