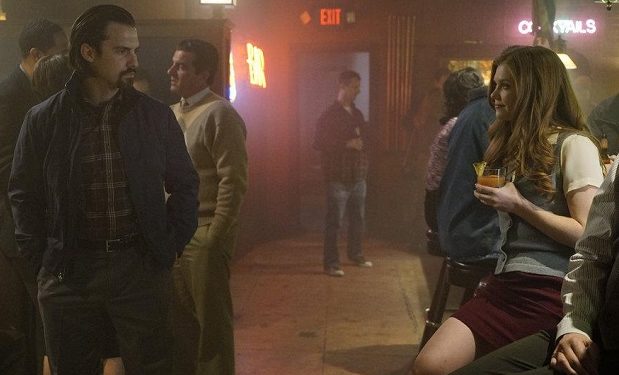 Milo Ventimiglia and Megan West on This Is Us (NBC photo)

In the This Is Us episode ‘What Now?’ in the present Randall Pearson (Sterling K. Brown) throws an unusual party in honor of his late father William Hill (Ron Cephas Jones) while his brother Kevin (Justin Hartley) continues to pursue his relationship with Sophie. In the past, while Rebecca (Mandy Moore) leaves on tour with her band, Jack (Milo Ventimiglia) bumps into Miguel’s pretty assistant Heather.

[Left: on How To Get Away with Murder Megan West played Lila, the woman having an affair with Sam Keating]

Heather is portrayed by Megan West. She’s known for her roles on Edward Burns’ Public Morals (Rosemary Patton) and How to Get Away with Murder (Lila Stangard), among others. West will appear next on the big screen in The Eyes (April 2017) – a mystery about six strangers who are kidnapped and believe they have been killed before. This Is Us airs Tuesdays at 9pm on NBC.