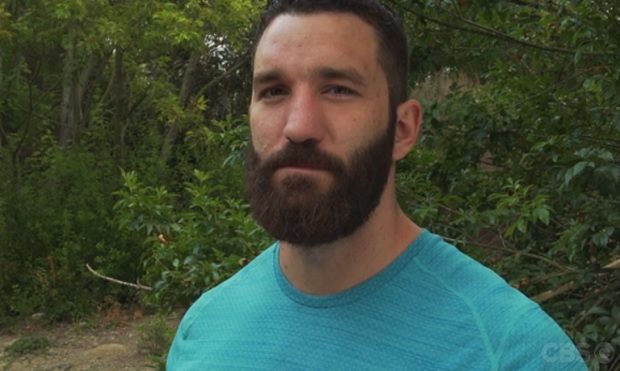 The Amazing Race returns for Season 29 and it opens with a twist. The 22 contestants meet in Los Angeles and based on first impressions made at the starting line, pick their partners. One who stands out in the crowd is former combat medic with the U.S. Marines, Redmond Ramos. After stepping on an IED in Afghanistan, Redmond had his leg amputated. With a prosthetic, Redmond now competes in track and field at the Triumph Games, has become a motivational speaker, and a fashion model of sorts. Check out Redmond’s commercial for apparel company Grunt Style below.

[LEFT: Redmond embodies the message on this Grunt Style shirt — there’s a whole bunch at Amazon]

Redmond says once he was injured, that’s when “I pushed myself to the limit.” He tells others: “I don’t think anyone is average. I think anyone who wants to be an athlete can be an athlete.” The Amazing Race 29 airs Thursdays at 10pm on CBS.