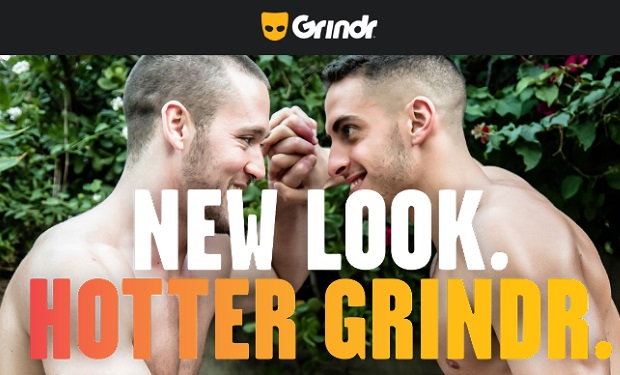 Grindr, the self-styled “world’s largest gay social network app”, has hired British poet Max Wallis as its poet-in-residence*. Wallis won’t be Robert Frosting the busy app with sheer words though — as he writes in The Guardian he’ll be using modern tech and “making a video poem each month to be flashed in the app and also on its new platform, Into.” Bravo! — everybody wants a little poetry in their relationships. And for all the focus on the social app as a “hookup” helper, it’s plain cynical to think people on Grindr aren’t looking for love. Or at least a hookup that feels like art. Wallis lends sophistication, nuance, style, and substance to an app built to help communication and connection. It’s an inspired move by Grindr.

Wallis cites Emily Dickinson as an inspiration but the laments of Brit band Squeeze and Keats’ famous Grecian Urn might be others — along with Lord Byron and Frank O’Hara. Wallis may be an LGBT poet — especially in his Grindr role — but his themes are universal. Wallis’ first video poem for Grindr is called “Remnants” and it explores the aftermath of relationships, lending gravitas to what might be only fleeting. Wallis has been poet-in-residence previously for Harper’s Bazaar. He makes an impact today by working to influence the perception of Grindr, a site with 2 million active users a day.

*Wait, a poet-in-residence for an app? Sure, in a world where a highly sought-after writing residency is sponsored by Amtrak (you write on the trains, of course), it’s hardly bizarre.