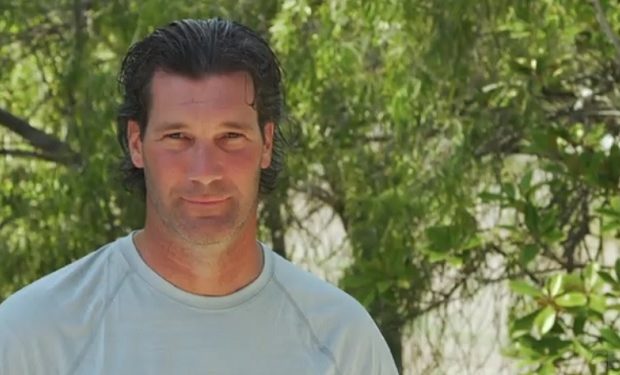 In the premiere episode of The Amazing Race 29, 22 strangers meet in Los Angeles and pick their partners based on first impressions. Yes, it’s awkward for everyone involved but when the 11 teams are finally formed, they fly to the first destination, Panama City. One of the 22 contestants is Joey Covino, a 45-year-old police officer from Boston. He’s married to Elaine Covino (daughter of the late State Senator Frank Doris) has three kids, and runs marathons.

He ran the 2013 Boston Marathon with his brother, fellow Revere Police Officer Mike Mason. Mason was crossing the finish line just as the first bomb exploded. Covino spoke proudly of his brother’s efforts to help injured people: “He immediately went over and identified himself as an explosives ordnance detection specialist and began grabbing wheelchairs to help people, triaging people who were hurt and retrieving clothes from the store that blew up to make bandages. He was helping get people over to the medical tent.” Covino says his brother went home to get his police dog partner Walsh and returned to help check buildings for additional bombs. Covino was a bit bashful as he described his reaction on site: “I administered aid appropriate with my experience and training. There were hurt people, and I helped them.” Who wouldn’t want to be Joey’s partner? The Amazing Race 29 airs Thursdays at 10pm on CBS.